On January 24th, Argyle Fine Art will celebrate it's 16th annual Pre-Shrunk Exhibition so we have our work cut out for us.Each year seems to get bigger and better, with participants applying from all over.The selection process is a long and difficult one, but the end result is an event that has artists and collectors coming back for more!

To commemorate this event, we thought it would be fun to look back on the past year, and highlight some of 2019's most memorable moments!

Pre-Shrunk has always been held in January and features hundreds of miniature works by artists from all across Canada..its also a great way to jump start a new year! 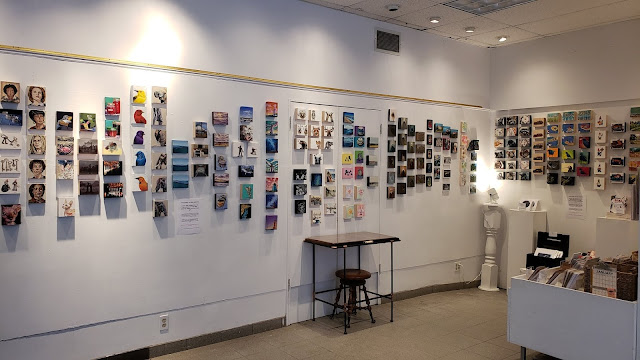 February's "Re-Purposers" exhibition brought together an amazing group of artists who delivered a wide assortment of artwork made from recycled, up-cycled and re-purposed materials.  The exhibition is an example of the gallery's continued effort to promote sustainable and environmentally conscious art making practices.

In March we saw a brand new body of work from Gallery Artist Briana Corr Scott.  "The Invisible World" exhibition showcased a series of still life paintings, which brought a quiet beauty to the gallery which is both peaceful and serene. 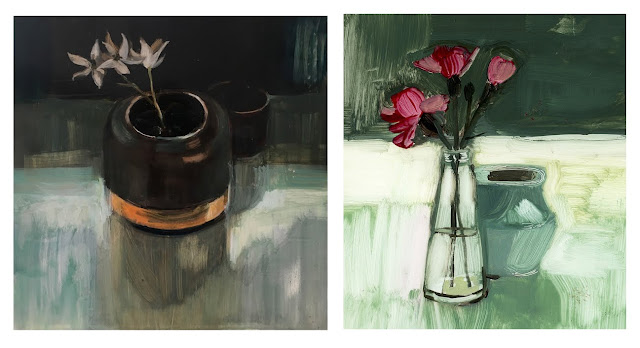 The winter months also offered up a new series of paintings by Mark Brennan. "The Woods Across the Water" which opened on March 23rd celebrated Mark's life-long love affair with the land and sea; inspired by Nova Scotia and his childhood home in the UK. 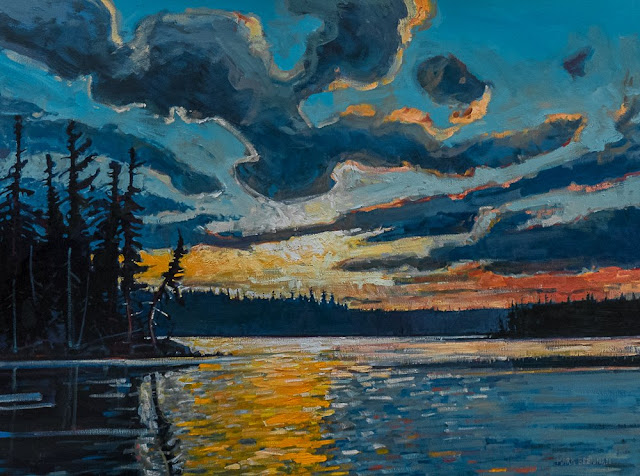 Mark Brennan, "The Woods Across The Water" Exhibition

Who could forget April's Flash Bob Mob, an event inspired by the famous landscape painter and television celebrity Bob Ross!  Participants gathered at the gallery to dress and paint like the iconic artist.  The Bob Mob also caught the attention of the Chronicle Herald, and the article can be read in its' entirety HERE.

We were also very proud to introduce two new artists to the gallery this year, Isobel Hamilton and Amy Ordoveza!  These talented artists both had solo exhibitions in April which received a very positive review from our audiences. 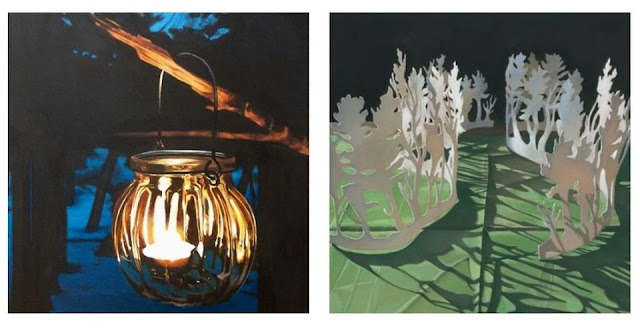 May saw a flurry of activity with new solo exhibitions by Sharon Cave, Deb Bromley, and recent NSCAD grad Natasha Grenke.  The gallery also hosted a book launch for Briana Corr Scott's "She Dreams of Sable Island" (26th) and Gordon MacDonald's "Don't Just Do Something, Stand There" Talk for Momondays Halifax (27th) 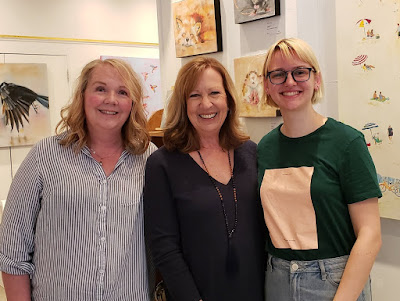 Book Launch, "She Dreams Of Sable Island" by Briana Corr Scott, May 26th

MOMONDAYS with Gordon MacDonald, May 27th

The summer months also kept us pretty busy this year, with 3 exhibitions in June.  Gallery Artists Jan Davison, Catherine Bagnell Styles, and Danny Abriel were all represented here with delightful new works, full of energy and color.  In July, the gallery was thrilled to present the much anticipated Gordon MacDonald solo exhibition "Atmosphere", along with Michelle SaintOnge's new watercolor series "Aquarium".  The summer months saw a lot of tourist and cruise ship traffic, and exposed our artists work to a whole new audience. 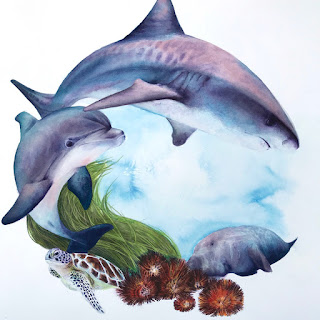 August's Summer Group Exhibition "Picnics and Potlucks" was a fun and exciting way to bring the local artist community together for a unique viewing experience.  Paintings were hung alongside the Artists' favorite potluck recipes which added an interactive element to the show, and brought people together through both food and art. 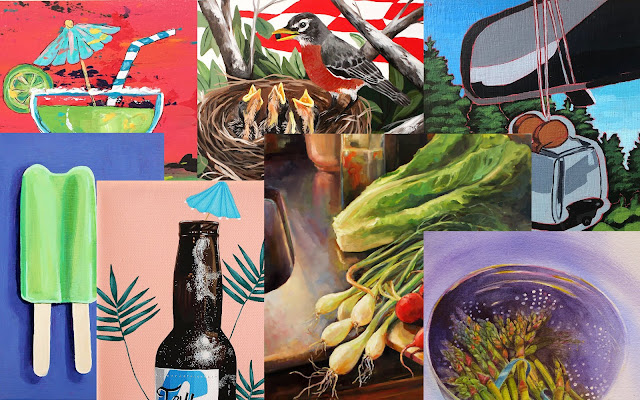 The fall is typically our busiest season, and this year was no exception!  Featuring 4 exhibitions in September alone, the gallery saw new bodies of work by Kim Danio, Kim Floyd and Kimberley Eddy.  "KIMZ*MET" as these exhibitions are collectively known brought a diverse group of talent to the gallery, and a variety of new artworks for our viewing pleasure.  We were also proud to introduce the work of Rachel Reeve, who continues to delight the senses with her "Gyotaku" inspired mixed media paintings. 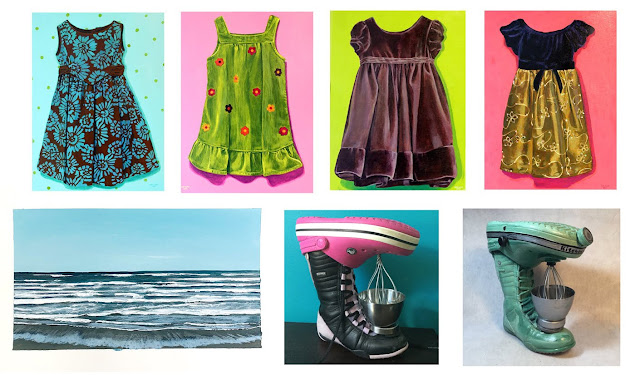 If you thought September was hectic, October was out of control!!!  3 additional exhibitions were added to coincide with Halifax's late night art festival Nocturne.  First time exhibitor Mindy Harris' "Wonder Women" featured hand embroidered works on canvas and were a tribute to real-life female heroes.  The unstoppable Kim Danio also delivered her second full exhibition of works this year with "Big Shoes to Fill", a continuation on the gallery's theme of "what makes a hero?".

We featured a work by Angela Carlsen too...a diorama of Beetlejuice that fit nicely with the work of newcomer artist Hannah Emmett, with an exhibition of her series of digital drawings entitled "The Good, The Bad, and The Funny Lookin'". Some heroes...some villains. Nocturne brought thousands of people into the gallery, and was a huge success!  Due to the popularity of these works, these shows were extended into November. 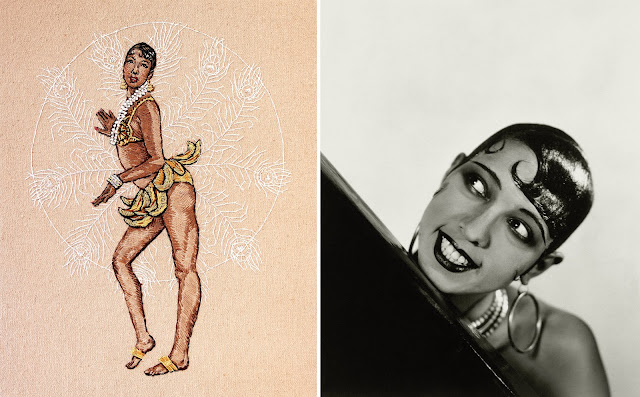 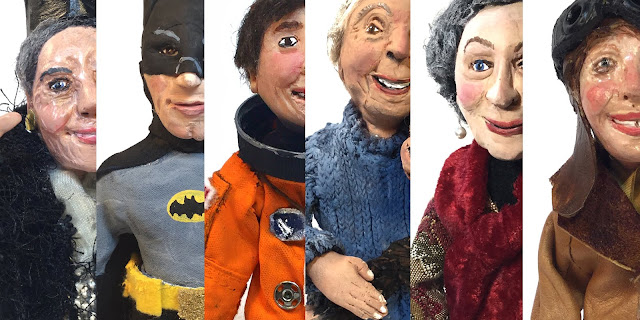 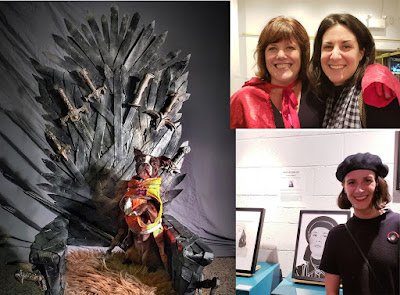 Hannah Emmett, "The Good, The Bad, and The Funny Lookin'" Exhibition, Digital Prints on Archival Paper

With the Holiday season quickly approaching, we were able to squeeze in our first ever "Squares of Stickiness" exhibition. Inspired by a popular show like it in Vancouver, it featured one of a kind art on 3" x 3" sticky notes from local artists. All ages were encouraged to participate, both artists and non-artists alike. The one day event was a lot of fun and the turnout and local support was incredible! 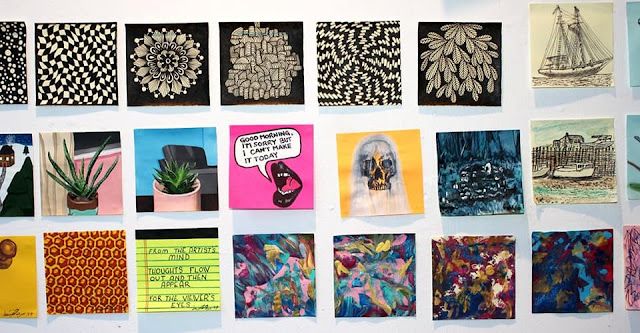 November 23rd also marked the beginning of our Holiday Exhibition which continued until December 24th. The gallery offered an amazing selection of gifts and holiday cheer, with mini receptions on Saturdays, with gallery artists in attendance. We also saw new works by Paulette Melanson and Catherine Bagnell Styles. 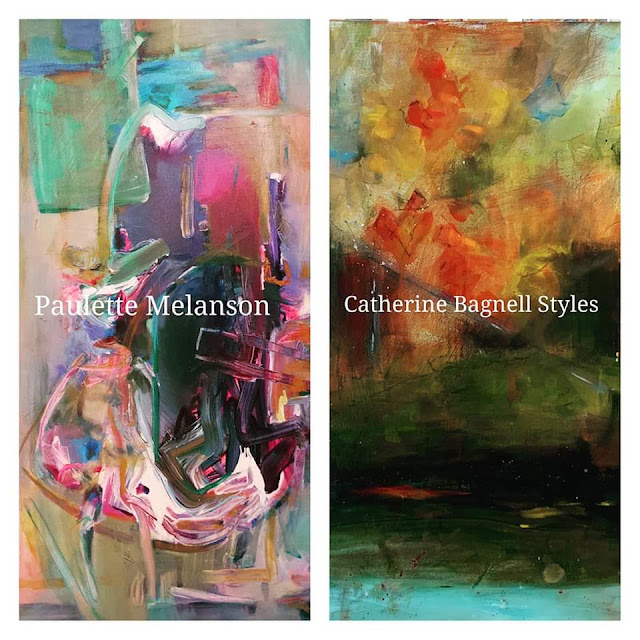 We had an incredible year with many ups (and downs) along the way. Running a commercial gallery is always a challenge in a small city like ours, and we couldn't have done it without the talent of our amazing artists, and the generous support of our patrons here at home and from away.

We would like to thank everyone again for their continued support throughout the year, and in the years to come...

We look forward to seeing everyone in 2020, and (if we haven't mentioned it already) at our PRE-SHRUNK Exhibition, which opens on January 24th!!!

We would like to wish everyone a HAPPY NEW YEAR!

Thank you for making Argyle Fine Art the best Art Gallery in Halifax!