Monday, March 8th is International Women's Day and we're here to celebrate with some stunning hand embroidered and watercolour works by Mindy Harris. Mindy has been creating works that introduce the public to women throughout history and in popular culture, who have made a difference in all of our lives.

Throughout the years, we have enjoyed learning from her series GIRLS WHO RULE, more recently her WONDER WOMEN series and just this year a smaller unrelated series of other women such as this very relevant one for these pandemic times, Florence Nightingale.

We love the quotes that she sometimes includes within her artworks, which she finds while doing her research on each of her subjects. She then mimics the actual handwriting style of each woman in her art, but using only her thread and needle the same way most of us would use a pen or pencil. 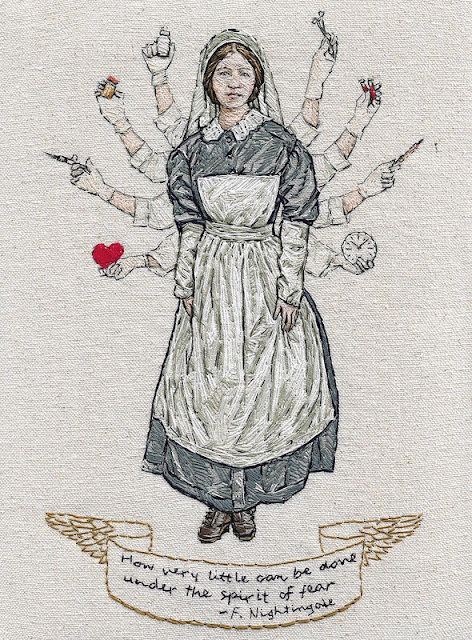 Mindy explains in her own words:

I aim to use the feminine arts to tell female stories. My current work attempts to displace the inherent voyeurism historically linked to the female form in art, and create a space where women are not only subjects, but rather the heroines of their own remarkable stories. The laborious nature of the work inevitably parallels the historical constraints of femininity, and with each careful, meditative stitch, I humbly borrow from a long history of women using fiber work to speak in societies where they have struggled to be heard.”

As you can see, Mindy loves doing the research! Below is a piece of Malala Yousafzai and a fact sheet she did up to accompany the piece: 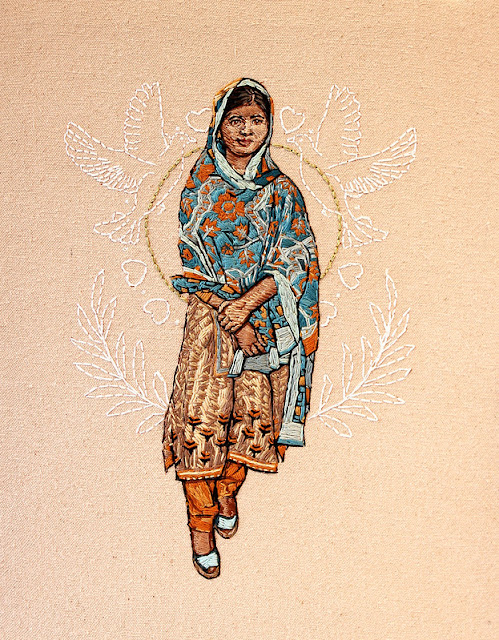 - She is known for human rights advocacy, especially the education of women and children in her native Swat Valley in northwest Pakistan, where the local Taliban had at times banned girls from attending school

- On 9 October 2012, while on a bus in the Swat District, after taking an exam, Yousafzai was shot in the head by a Taliban gunman in an assassination attempt in retaliation for her activism.

- Following her recovery, Yousafzai became a prominent activist for the right to education. She founded the Malala Fund, a non-profit organization and co-authored I Am Malala, an international best seller.

The 2013, 2014 and 2015 issues of Time magazine featured her as one of the most influential people globally

In 2017, she was awarded honorary Canadian citizenship and became the youngest person to address the House of Commons of Canada.

NOCTURNE and PRE-SHRUNK....brought us new works this year from Mindy as well. For Nocturne, she imagined Iris Apfel- the nearly 100 year old American businesswoman, interior designer, and fashion icon all dressed up as the characters from the popular board game, CLUE.See the other versions of Iris HERE. 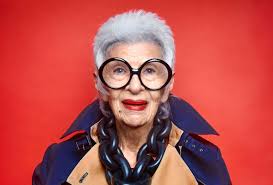 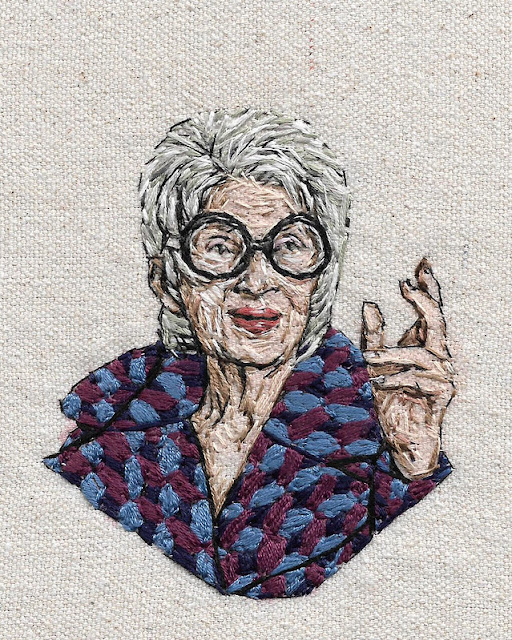 On a more local front, but perhaps not as recognizable to all, is this work (measuring 4" x 5", $175)  of Anna Leonowens who was Anglo-Indian or Indian-born British travel writer, educator, and social activist.

Per Wikipedia...She became well known with the publication of her memoirs, beginning with The English Governess at the Siamese Court (1870), which chronicled her experiences in Siam (modern Thailand), as teacher to the children of the Siamese King Mongkut. Leonowens' own account was fictionalised in Margaret Landon's best-selling novel Anna and the King of Siam (1944), as well as adaptations for other media such as Rodgers and Hammerstein's 1951 musical The King and I.

In later life, she was a lecturer of Indology and a suffragist. Among other achievements, she co-founded the Nova Scotia College of Art and Design. 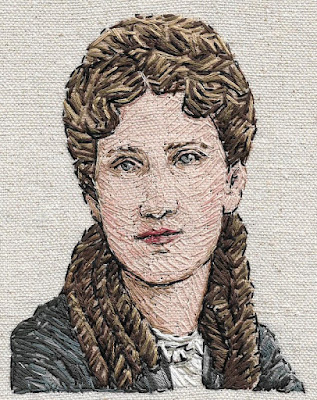