We are delighted to be hosting events again...carefully starting to creep back to new normal. Although there are still restrictions in place we are able to have fun and encourage you to do the same in our safe gallery space next Saturday, September 25th in the afternoon between 2pm-4pm. We will be hosting a book signing and reading with author Bruce Bishop.

His two Nova Scotia-themed novels of historical fiction are a delight and will fit in nicely with our surroundings of  local business with a focus on architecture and community in our small city. 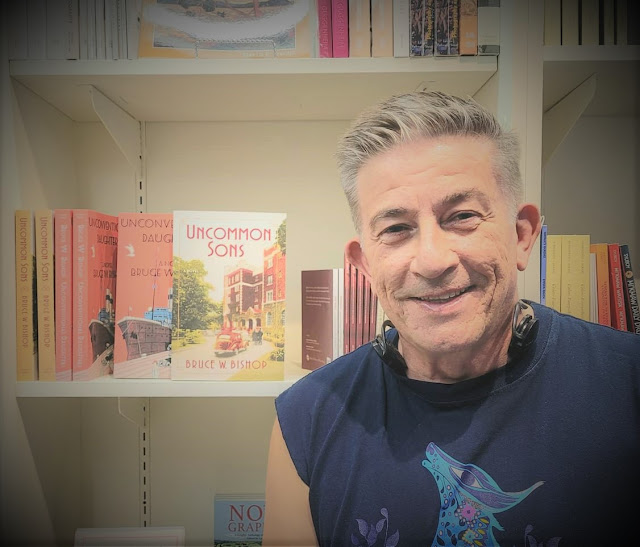 We asked Bruce to write a few words about his books. Enjoy below!

Unconventional Daughters and Uncommon Sons are novels about adults who live in Nova Scotia within the first four decades of the twentieth century. They’re unusual people, and defy the societal mores of the day, but that’s what makes them unique and appealing, especially to today’s Canadian readers  looking for an escape into the past.

Unconventional Daughters, primarily set in Yarmouth and southern Sweden from 1900 to 1935, could best be described as a family saga centered around four unorthodox women, their partners, and their children. It was inspired by a true incident that occurred in 1927: a young woman of the privileged class married her stepfather with her controlling mother’s consent. You can imagine how well this would have been received in a small Maritime town following World War I. Major drama ensues, shall we say!

Uncommon Sons picks up in some ways where the ‘Daughters’ leaves off. The main character, Eva, returns in this interlinked novel, but a minor character from the first book, Marc, becomes the lead character in the second. Once again, the theme of being ostracized by ‘polite’ society comes into focus. It’s set in Halifax in 1935. Marc is a first generation Canadian of Lebanese descent who happens to be gay in an era when the term ‘homosexual’ was barely uttered. When two suspicious deaths happen where he works, his married love interest is implicated. Marc’s closeted world is threatened to be exposed leading to banishment from his family and possible prison time. 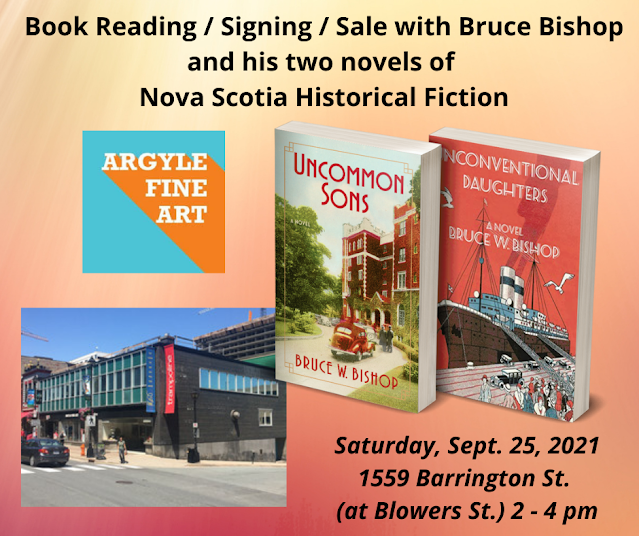