Determination: The Art of RJ Ogemah

RJ Ogemah is a young artist we met at the gallery one summer afternoon in 2019. At the time, he simply dropped in to show us a few of his greeting cards he had created and to see if we would be interested in carrying any of them. We were intrigued with his art and took a few of the cards, but asked him to show us some originals of his artwork whenever he had the chance. A few months later he arrived with the most amazingly stunning painting!  It was in the gallery not even a full week without finding a new home. HURRAH!

Earlier this year, we asked RJ to work on a body of paintings for a solo show to launch in October.He was excited and said YES! What we didn't know was that he was also about to teach himself how to build a house, along with his partner Leigh.  First, the land would have to be cleared and then intensive building was happening every day. In fact, they are both still working quickly to get settled into their new home before the snow flys. 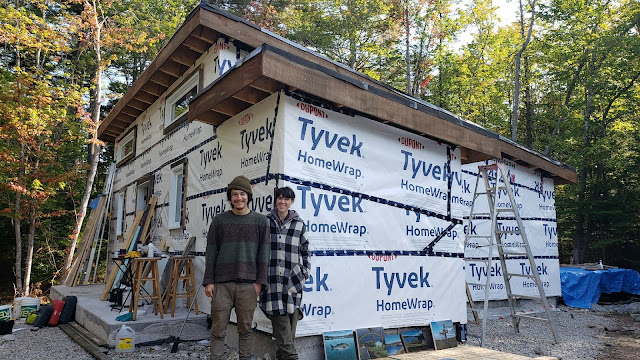 Talk about determination! RJ would work through the daylight hours on the house and then after that work was completed, he headed into the forested location behind there, set up a yurt  which he fashioned into an art studio. He painted most of the works you see in his solo show online HERE using just the light of a headlamp and painted in the wee hours of the day.  He could have easily called us up and declined from doing the show but we are so happy he kept on going Hundreds and hundreds of people were able to see his paintings during NOCTURNE last month. 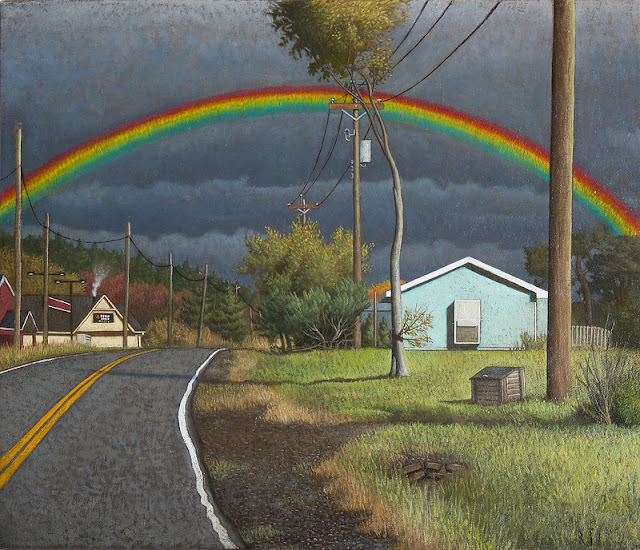 You can still see some of  paintings at the gallery, but we expect this exciting emerging talent will be selling a lot in a few years and making a name for himself, so we're here to remind you to pay attention and invest in artists like RJ. Young artists are so important to our cultural community. 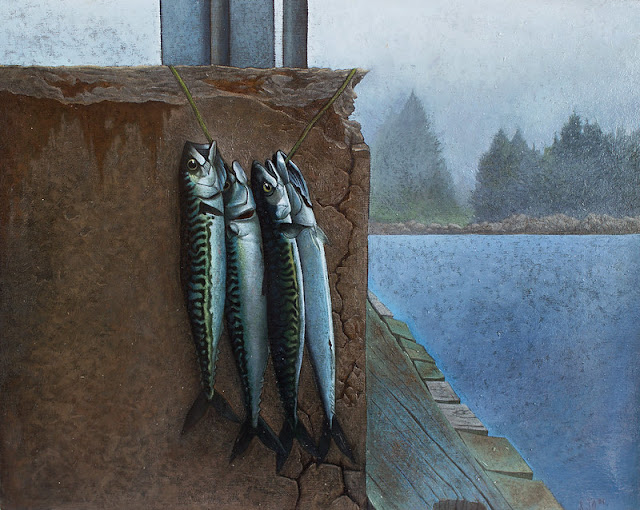 One of the great joys of working at a gallery is watching artists take the first step- putting themselves out there...and sharing their art with others and receiving some positive feedback. Their confidence grows as the work develops and changes over the years. The artworks find homes and new connections and friendships are made!It's such a lovely thing to experience time and time again. 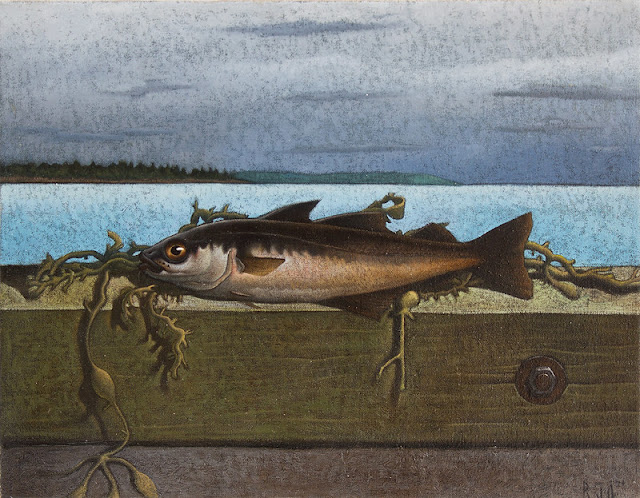 R.J. Ogemah is an emerging artist originally from Thunder Bay, Ontario. He strives to cultivate and share an appreciation of nature through his oil paintings.Interested in art from an early age, R.J. was encouraged by his family, friends and teachers to pursue a career as an artist. This path has led him to study at the Academy of Realist Art in Toronto Ontario and the Florence Academy of Art in Florence Italy (Funded by the Ontario Arts Council Career Access and Development Grant).