Studio Saturdays: Interview with a Person

NOTE: The SCAVENGER ART HUNT winner from our ongoing contest was Krista Wadman!  Congrats and thanks to all that played!  Come and claim your Creative Editions  art for one entire YEAR!  Now...on to STUDIO SATURDAYS blog post:

To clarify, this is an interview with a really AMAZING person named Jamie, who has had a lifetime love of the arts, which began early on in his life. Jamie explains: "My grandmother says "I just don't know where you get it from" (in regards to collecting). In retrospect, my family is to blame. Those items which were treasured most at home were items which were hand-crafted. Made by family or friends, beautiful to use or behold, they enriched our home. It only makes sense that I would hold true to those values. So owning original art is a significant part of my definition of 'home" 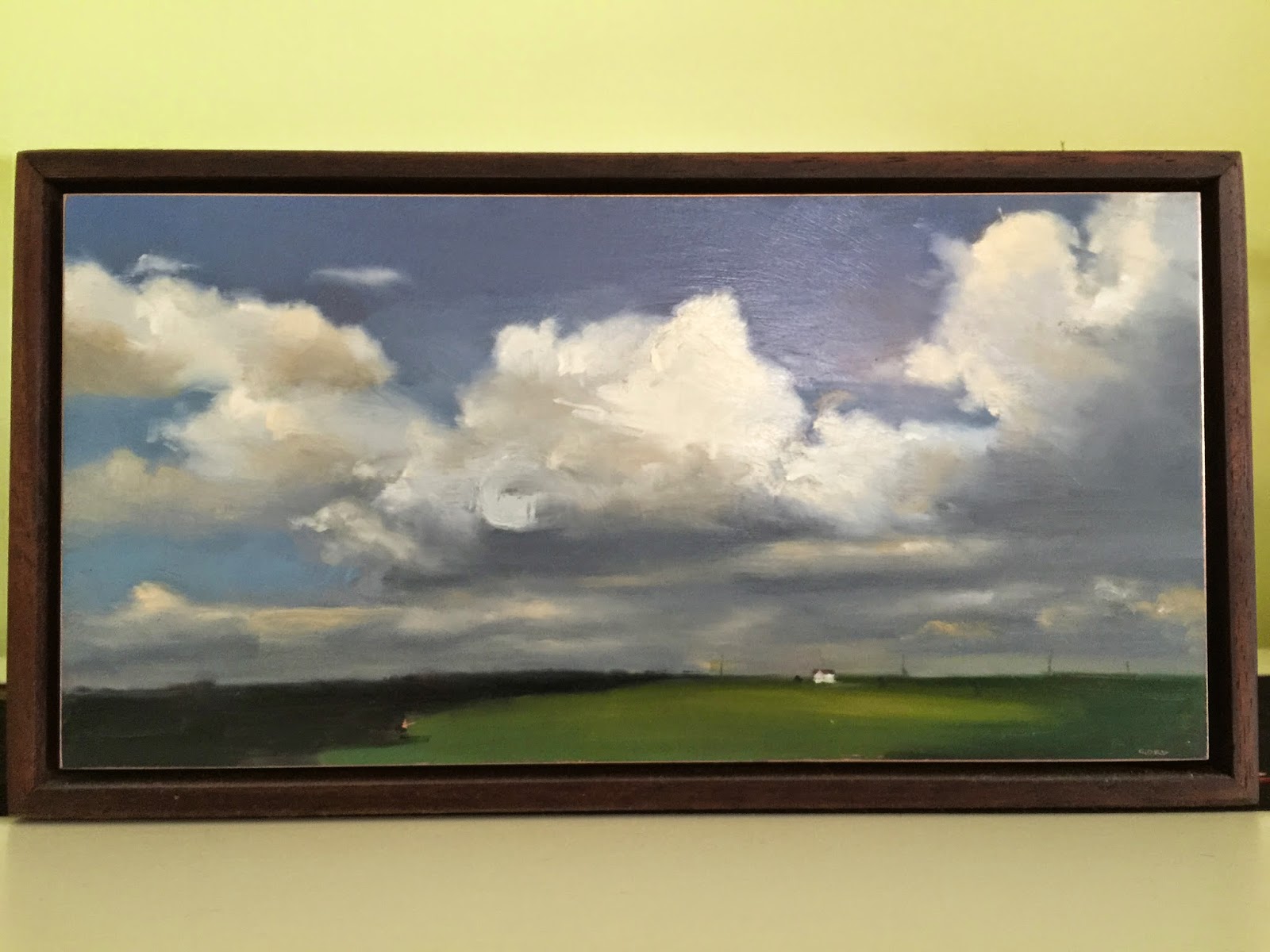 We asked Jamie if he had a favourite work of art, and we were quite pleased with his answer...even though picking a favourite is never an easy task or necessary. But he mentioned that if  " the house was on fire & I could only rescue one painting, it would be a landscape by Gordon MacDonald (a special birthday gift). The blue sky filled with rolling white clouds over a distant green landscape captures the most perfect of summer days. I never tire of trying to look around the clouds or letting my eye drift above the fields."

Jamie's love of art has had an effect on his other family members too such as his brother: "When I visited my brother overseas, I gave him a small painting by Mark Brennan as a thank you. That gift became the incentive for him to view other work by Brennan. And that led him to buy several more paintings by Brennan. The enthusiasm and passion of enjoying artwork is certainly contagious, and collecting art grows naturally from there." 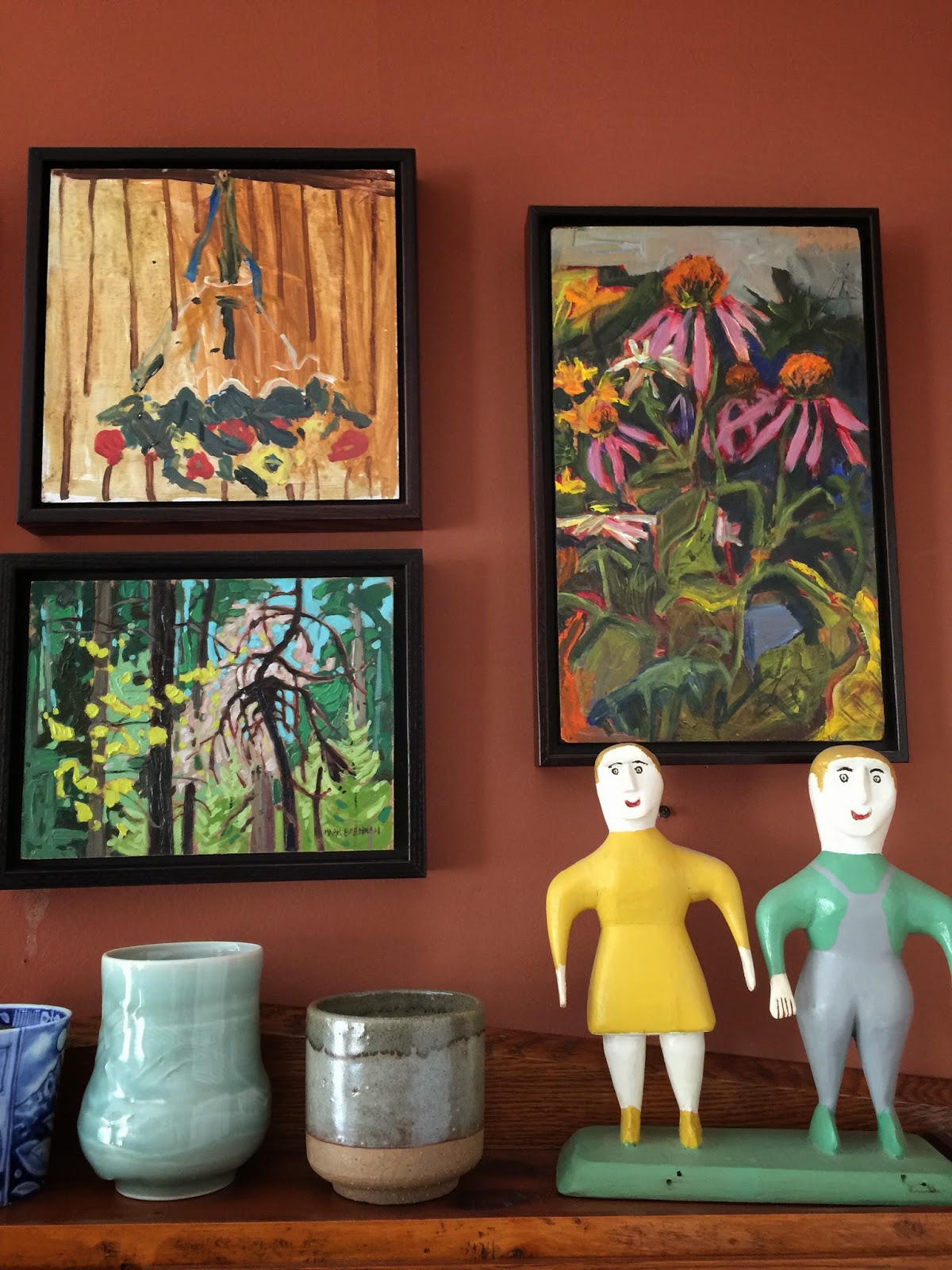 We also asked if he had any art advice to anyone interested in art or collecting. His answer was golden:
"The best piece of advice I was given, as a collector, was to "visit galleries and look at everything". So I do! I look forward to a new show of favourite artist(s) with the same level of excitement as I do to Christmas morning. Visiting galleries (not just for the free wine at openings ...) over the years has allowed me to be confident and informed about my choices. Learning about new artists and being exposed to new work has influenced my collecting, and has made my collection more dynamic and interesting. The purchase of artwork should be the start of a love affair, with that piece, which will last a lifetime. "

Posted by Adriana and Caitlin at 3:20 PM