A Trip to Sable Island with Briana Corr Scott

We are so excited for gallery artist Briana Corr Scott who can now happily announce she's working on a children's book for Nimbus Publishing titled "She Dreams of Sable Island". 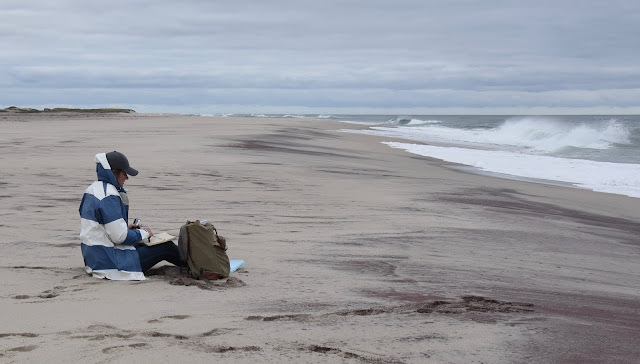 If you had the chance to see our Pre-Shrunk show this year (link HERE), you might have noticed her pieces featured scenes from Sable Island. We've included a few in this post that are still available. Now let's turn things over to Briana who discusses her connection and trip to Sable Island in her own words... 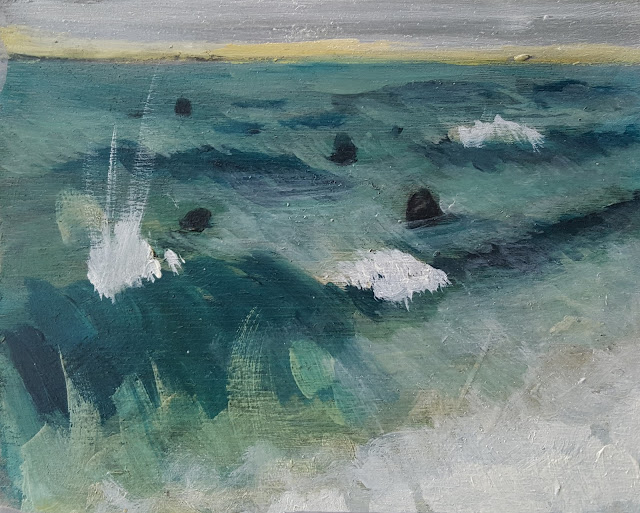 "In 2016 I was drawing regularly from the Museum of Natural History in Halifax as a weekly art exercise. For an artist that works from life and enjoys drawing natural objects, this museum is a valuable resource." 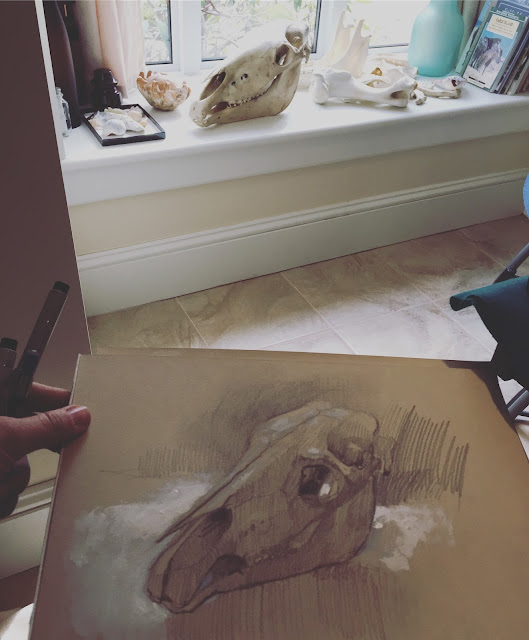 "I started to spend all my drawing time in the permanent exhibit about Sable Island. After a few weeks I was obsessed. I dreamed of going there and making sketches and studies to for larger paintings, and to continue my research about Sable." 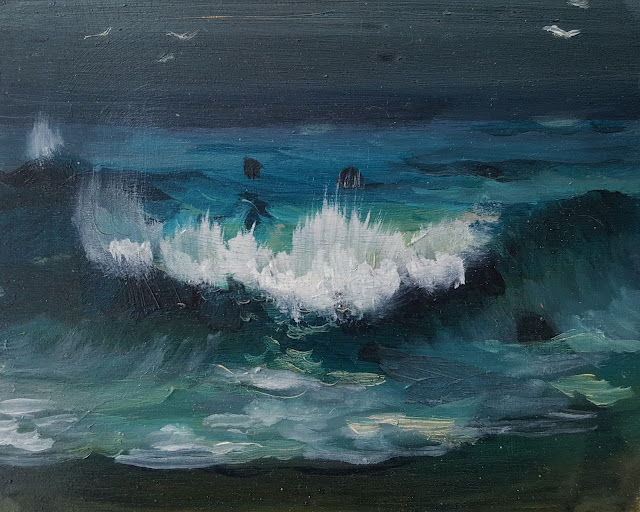 "At first I was interested in the horses, seals, and plant life - but over time I learned about things like the extinct Sable Island walrus, it's five species of bees, about the strange tides and winds... It is a unique and magical ecosystem out on a sand dune, just out of reach. My research kept digging up more questions and I HAD to go." 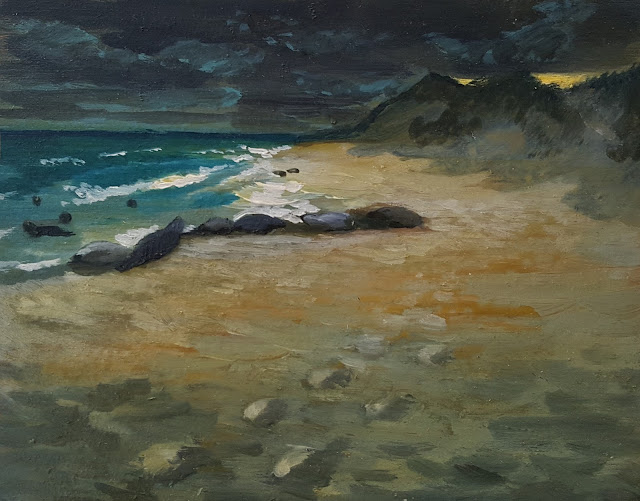 "I booked a trip for July 1, 2017. We had a four day travel window, but due to terrible rain storms, the beach-runway was washed out and the trip was canceled. I was really disappointed, I was so so miserable that the trip got canceled. I was moping around my house and mad at myself for moping. I decided to write about everything I had hoped to see and experience. In the end I wrote a poem called "I Dream of Sable Island". I felt good that I had turned that bit disappointment into art. (This is how art can heal!) The poem is now being published with illustrations at a children's picture book, "She Dreams of Sable Island". It is being published by Nimbus and should be released in 2019." 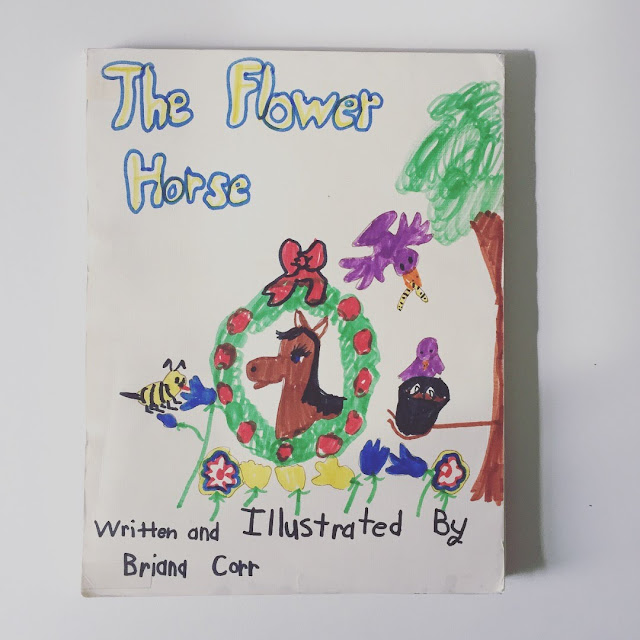 "As a child my dream was to be be a children's book author and illustrator. Back then I loved horses and flowers, and it is amazing that I have come full circle to what I wished for when I was seven. Back then I had an amazing first grade teacher who helped my mom and me put together a book for a contest. (Well I did the writing and drawing and my mom did everything else). It was a book about horses and flowers, and at age 36 this first graders dream is pretty much coming true..." 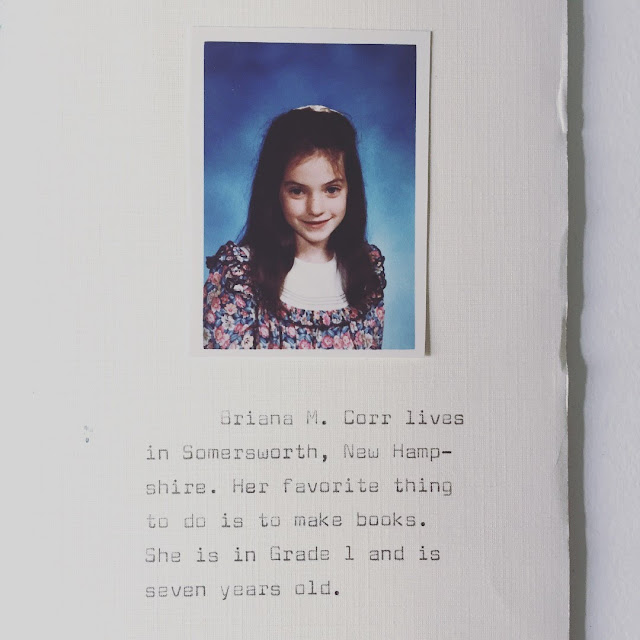 "I did eventually make it to Sable on October 28, 2017, and have been furiously painting about all the pieces of it since." 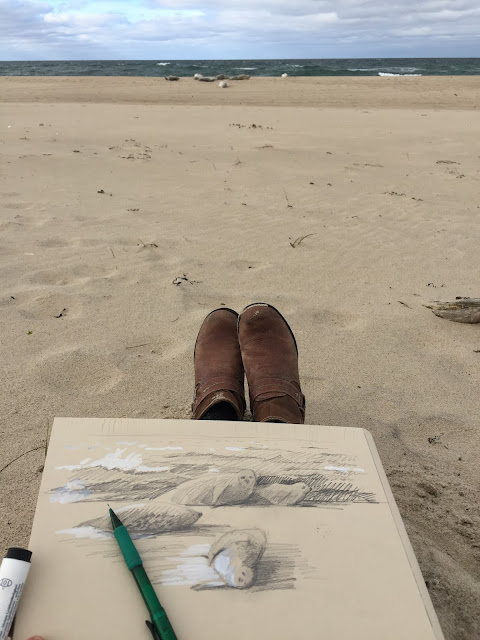 Briana will also be having a show at the gallery this June, stay tuned for details!