The Joy of Bob Flash Mobbing!

For some people, sitting down to watch an episode of "The Joy of Painting" with Bob Ross, is a distant but fond memory, filled with calming images of fluffy clouds and colorful landscapes. The recent release of some episodes of the show on Netflix has caused a sort of "resurgence" of enthusiasm for Bob Ross, and the show has been gaining momentum with a new generation of viewers.


Although the show first aired decades ago (it aired from 1983-1994), the message and charm of the show continue to resonate with a large audience. In his show, Ross encourages viewers to follow along and to find joy in the process of painting, teaching step-by-step, rudimentary painting techniques. He strives to eliminate the intimidation factor of painting, making anyone feel capable of picking up at paintbrush!

Bob Ross advocated that above all, painting should be a fun and joyful activity, and we think so too, which is why we have a Bob Ross-inspired event planned for next week! On Saturday, April 6th, swing by the gallery from 1:30pm-3:30pm for a BOB ROSS FLASH MOB!


Come try your hand at painting, "flash mob" style! Artists Linda and John Powell (both certified Ross instructors) will be here to provide step-by-step painting instructions -just like Ross himself! We're partnering with DeSerres to provide all the materials, so all you have to do is show up with an open mind, and a willingness to have a bit of fun! We encourage you to dress up in Bob Ross attire, especially a wig (if you can find one!) to emulate his signature "look". 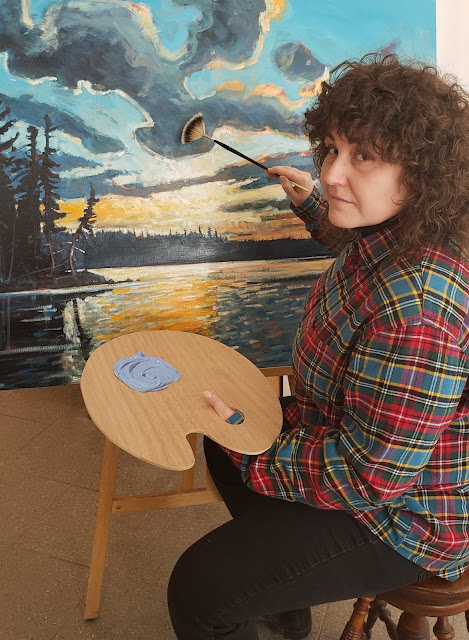 Ross's iconic television persona is sometimes poked fun at for having an overly serene and positive attitude, however, we can all learn a thing or two from his show! Art can indeed be a very calming a therapeutic activity, and sure, there's no mistakes, just "happy accidents!" -art is supposed to be fun! Amidst all this, the actual techniques that Ross teaches are not to be scoffed at either. Many of our gallery artists have recently remarked about the fondness with which they remember watching the show, and the respect they have for the techniques he imparted.

Gordon MacDonald, one of the artists we represent here at the gallery says,

"People who don't know how to paint like to laugh at Bob Ross.
After becoming a professional painter, I realized there was absolutely no difference between the way Bob Ross applied paint, and the way I do. He was a pro." 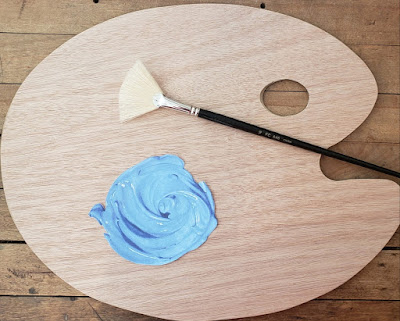