The countdown is on now! With just a few days now until PRE-SHRUNK opens on Friday, January 20th! We're uploading a few photos per day as sneak peeks into just some of the works you can expect to see. There will be just over 300 works included in the show.

Pre-Shrunk SNEAK PEEK #5:  Don't look now, but is that a BAT!!??  Oh, why yes it is! We met Abigail Lower at last year's Pre-Shrunk- just another reason why we love this exhibition so much. Meeting new creatives!  Since then we've gone on to host a solo show of her charcoal works during NOCTURNE and this season she and Melissa Townsend will be working on a two-person show. 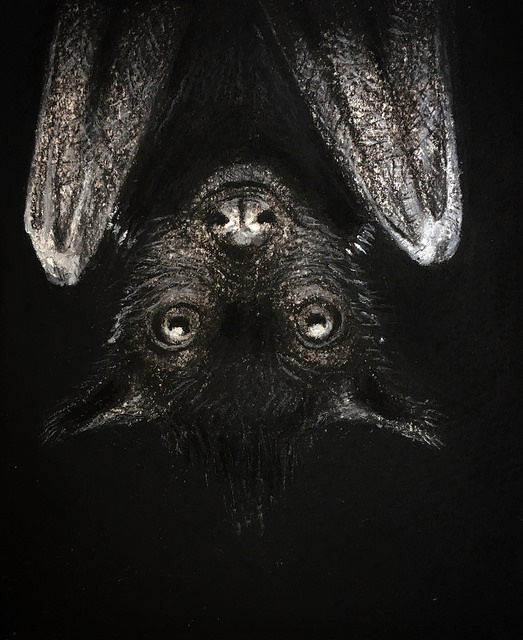 Pre-Shrunk SNEAK PEEK #6:  BUGS! Beautiful bugs of all shapes and colours is the subject for new-to-us artist Kevin Loftus paintings.  His series of works almost look as if they are 3-d or textile based. These bugs are all dressed up for the party already, in shimmering colours. We can't wait for everyone to explore some of these new artists to the show first hand. See you soon! Just two more sleeps now! 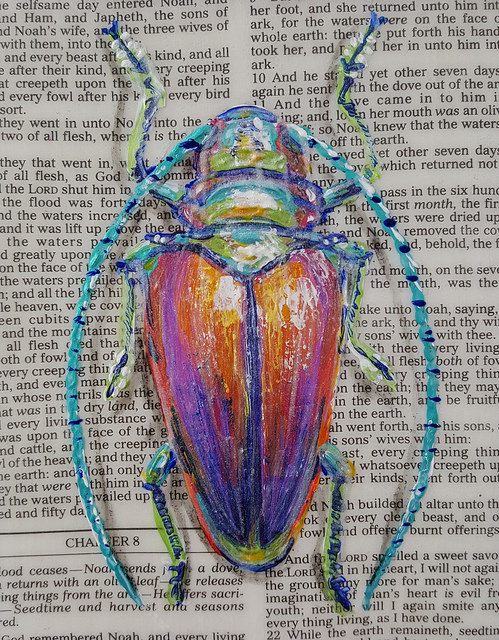