In her Own Words: Arist Melissa Townsend Talks about the OWL RELEASE

As many of you know, artist Melissa Townsend loves animals, especially owls. In her most recent show at Argyle Fine Art this Summer, her show sold out in a matter of days and she raised awareness and money rom the sale of one special piece of art,  for HOPE for WILDLIFE - (a volunteer and not-for profit facility that aids wildlife in times of need and then releases them back to the wild)  There is also a television show that showcases all the great things Hope for Wildlife does, and the show contacted Melissa and asked if they could document her preparing for her show as well as Melissa handing over the cheque to Hope. They decided that it would be fitting to include Melissa in an owl release.

Here is Melissa's account of that day in November, in her own words. Thank you for supporting local artists and Hope for Wildlife. Consider making a donation to them directly anytime- they are always looking for assistance, not only monetary, but volunteers, towels and other supplies listed on their website.
The owl release! 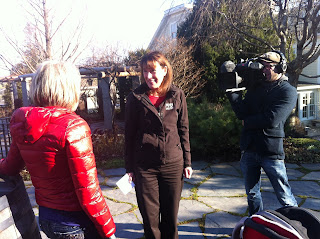 When I was asked if I would like to be part of an owl release with Hope For Wildlife, my answer was YES!

Finally the release day arrived. I had been waiting for this day with great expectation. I was so excited to see a live owl fly off into healthy freedom. Hope arrived, we chatted and then it was time... 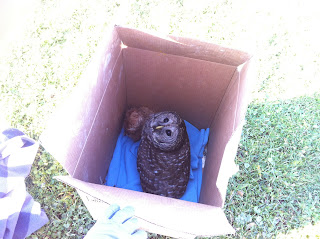 I was given the honour of opening the crate that the owl was kept safe in. I peeked in. At first all I saw was darkness and two huge bright yellow beautiful eyes! This wild owl was so close! It took a couple of minutes for anything to happen, but before I knew it, the owl was flying. 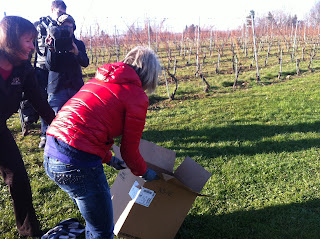 The release didn't entirely work out perfectly. There were about 15 pesky crows that harassed the owl. I guess it's a territorial thing. And in general, crows hate owls. At one point I was reminded of that scene in Alfred Hichcock's The Birds. Thankfully, it wasn't a big bloody mess and no animals died. The owl did fly very well, it was strong and looked good in the air. Despite my fears, Hope assured me that owls are totally capable of handling crows. 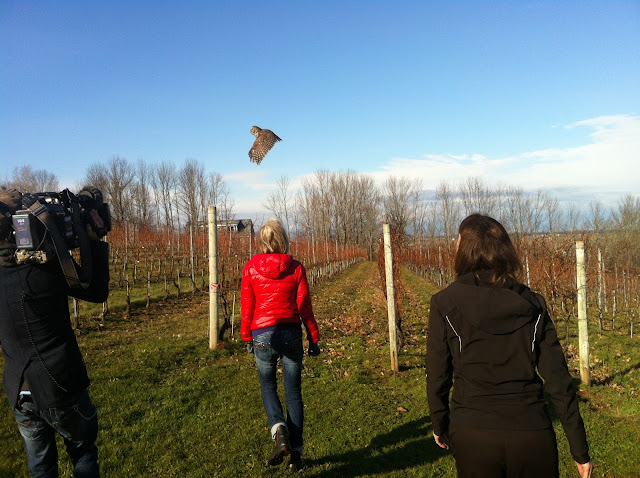 I have so much respect for Hope and the volunteers that help Hope for Wildlife day in and day out. My heart isn't strong enough to see the heartache that animals go through, so I'm glad I could help by giving a donation. On behalf of Argyle Fine Art and myself, it was an honour to pass Hope the cheque which raised over a thousand dollars. Hope let me know that the money would go towards food for the owls that come in to the centre. The day felt perfect and I know one thing... I want to be part of this again! 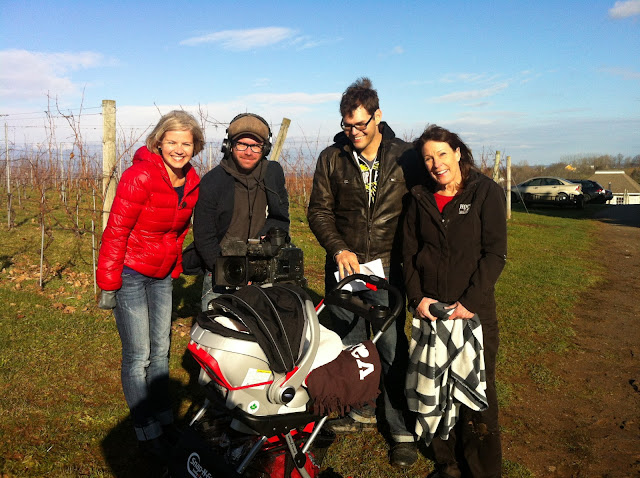 Coincidentally, just as we were preparing this blog post, a client that had purchased DALE and MABEL from us earlier this summer, contacted us and asked us to find new homes for these two owls by Melissa.  Both works are 6" x 6", and are $375.  Get in touch if you are interested...we're sure they won't last long.