Also opening tomorrow is the latest body of work to come
from the tremendously talented Nick Brunt.
The opening reception begins at 7pm and runs until 9pm here at Argyle Fine Art 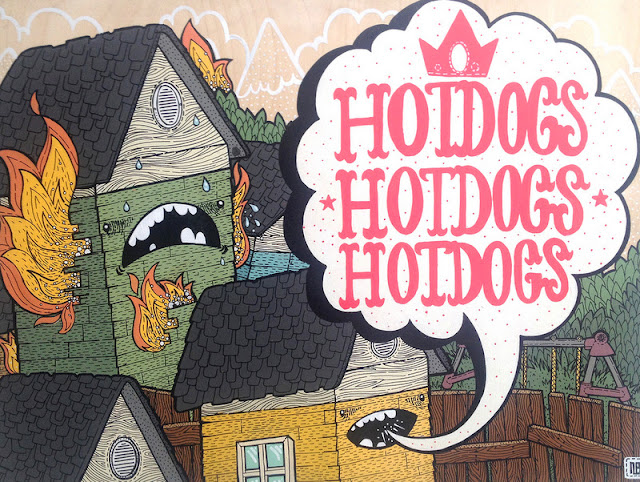 Have a looky here at the article written by Jenna Conter in this morning's Metro about the show! : 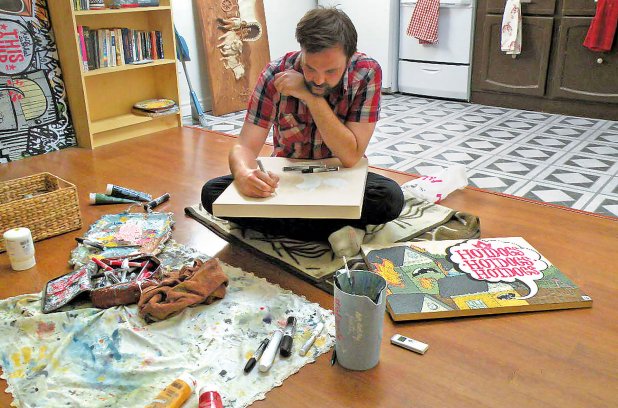 Furniture is scarce in Nick Brunt’s new apartment.
The local artist and I sit on the floor, surrounded by his latest works and his record collection.
I assume future furniture will include a drawing table or isle but Brunt tells me, “I have to work on the floor where everything is within reach.”
Brunt’s laidback approach to his process is a delightful symptom of his “weird entrance” into the art world.
“I was into animation and graffiti art when I was younger and now I work in design,” he said.
“I don’t really have any formal art training.”
As a creative member for the design world, Brunt creates everything from graphics for advertising to art for album covers, the latter of which is dropped into my lap by Brunt, gleaming with the genuine excitement of a child who just a gold star on their homework.
“It’s my first nationally released (artwork). Isn’t that fun?!”
Four years ago Brunt took his art work from the office to the galleries and seemed to fumble into a fan base.
“I had donated art into a charity art event in Halifax and (the owner of Argyle Fine Art) got a hold of it and it grew from there.”
According to Brunt, his latest solo show, Hotdogs! Hotdogs! Hotdogs!, at Argyle Fine Art is “a sarcastic comment about the culture we’re living in now”.
“Everybody hates (hot dogs) now or knows how bad they are for you but we have fond memories of throwing back two or three and playing,” he said. “And after going through this anti-hotdog culture for so long, I just wanted to say shut up and have a (expletive) hot dog!”
The show opens Friday at 7 p.m.