KRUPP's JV-7 aka The Schmelzen Ray
A classic example of substance and style, the Krupp's JV-7 was issued to officers in the Combined European Forces. The "Schmelzen Ray" was the only handheld ray weapon utilizing AMDF (angular muon distortion field), a system usually reserved for much larger field guns. It was the addition of a replaceable wide-band JenVac capsule that made it possible to put the power and
stability of a true melting ray in such small and elegant package. 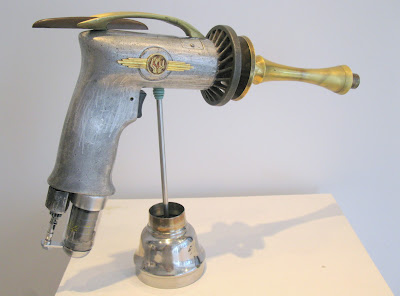 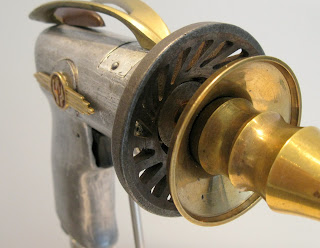 SYNCRO - RRX3 a.k.a. The Rocket Ranger
Build in the former USSR, the "Rocket Ranger" was notoriously unreliable and difficult to maintain. In spite of being prone to misfiring and even exploding when over-heated, the Ranger was devastatingly effective weapon and widely considered to be the most powerful of all the hand held ray-based weapons. 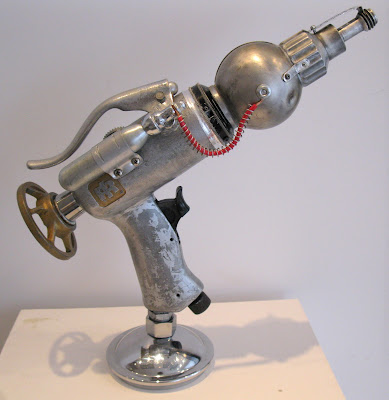 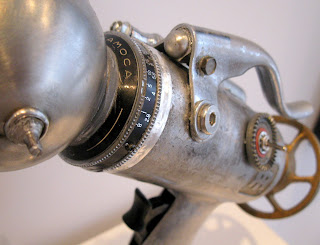 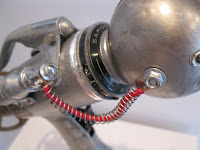 FG-ASME B16 a.k.a. Tiny Tim
Affectionately known as "Tiny Tim" the FG-ASME B16 was one of the lightest ray gun sidearms ever built. But don't let the small size fool you.This fluctuating graviton style asynchronous metaphasic emitter had an axionic pulse rate of one every 3/600ths of a microsecond. More than enough kick to disintegrate a squad of alien foot soldiers. The distinctive shark fin heat dissipater was often subject to abuse, most famously as a ration tin opener, making intact examples highly prized by collectors. 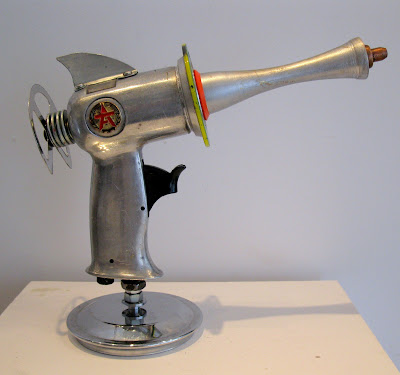 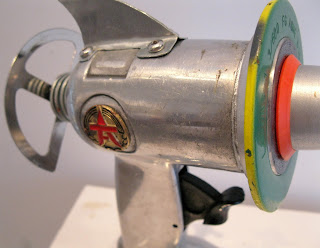 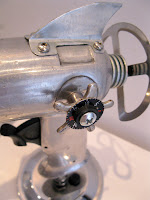