He's HEEERE! Scheduled for a string of performances at the Rebecca Cohen, Sir John Cleese has officially landed in Halifax.

His arrival allows us to finally unveil an art piece which we've kept behind the desk for a few months now in anticipation of his appearance... BEHOLD, a beautifully crafted homage to his era with faulty towers. Isn't it STUNNING?! See how she's carefully adjusted the colouring of his face above the tie to suggest suffocation?!? So lovely. And the way his feet dangle sweetly, with a slight swing to the right? Beautiful.

Hanging John Cleese is needle felted by the very talented Angela Penton, who is also responsible for the giant squid we had in our window for some time, and of course, the enormous Jelly Fish we have suspended in our staircase. If you're in town to see the John's performance (you lucky ducks you!!) swing by the gallery, and see the hanging version, too! 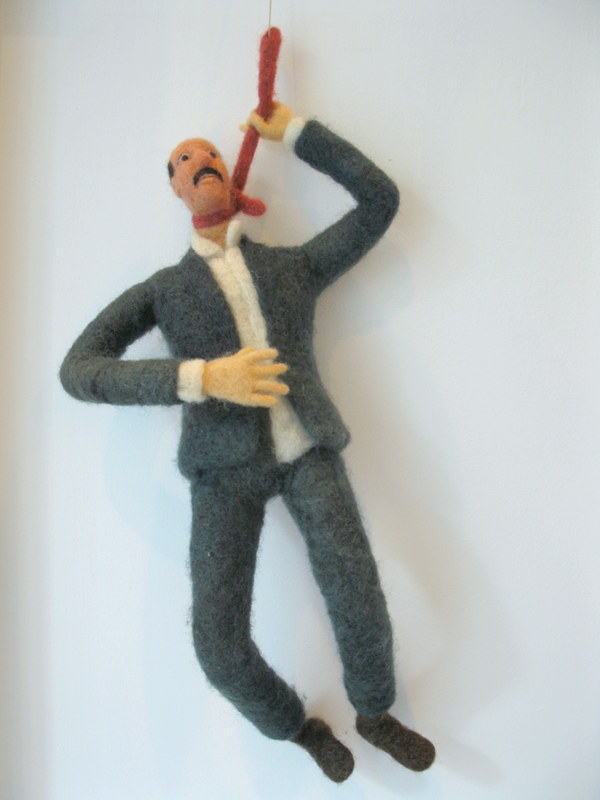 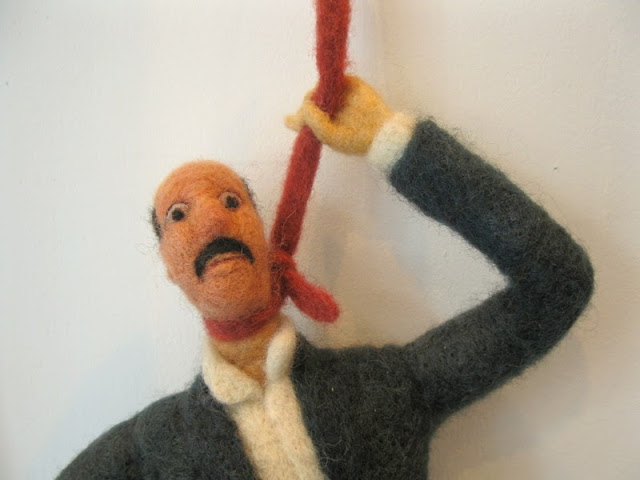 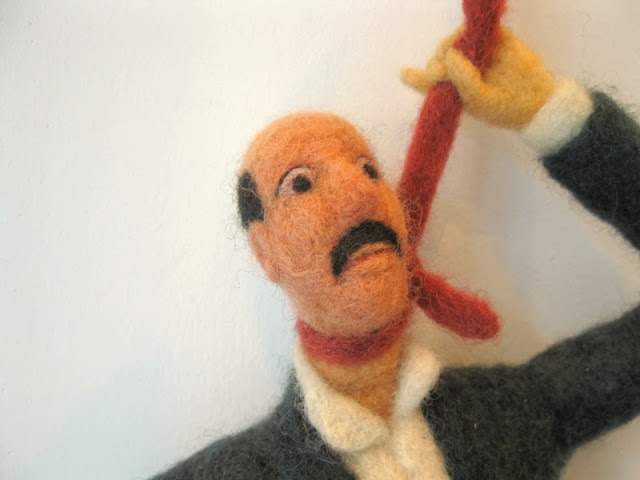