Laadies aaand Gentlemen! We are SO proud to announce to you, the discovery of five new extraordinarily rare specimen of spoon beetle! These beautiful insects are indigenous to Eastern Canada (specifically the north end of Halifax) where they were originally discovered by artist Ed Beals.
They are all characterized by their shiny spoon-like exoskeleton, but each has it's own set
of unique identifying features and personality traits: 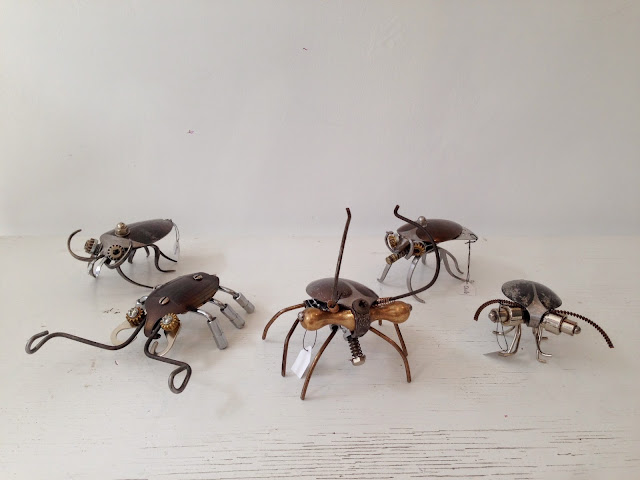 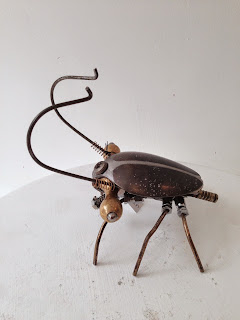 VERN: The touchy feely guy in the bunch. Never shies away from the opportunity to give you a little sniff with his antenna. He's quite inquisitive, and likes to explore in between the layers of Kleenex in the Kleenex box. 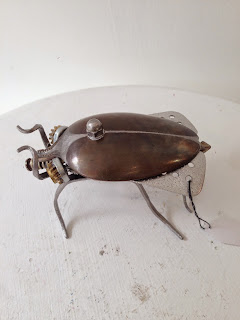 ORVILLE: A mature and well mannered insect. Likes living a life of quiet solitude, and is always busy in his research on the impact of  the (not so friendly) longhorn beetle. 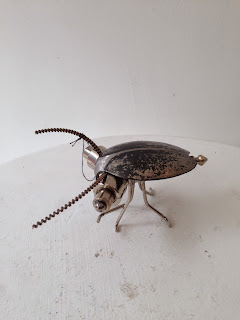 JACK: A small, but noisy bug. Enjoys listening to CCR at deafening levels - his antenna tend to vibrate when he hears a favourite tune, but curiously enough, they stop vibrating when he hears the Beatles. 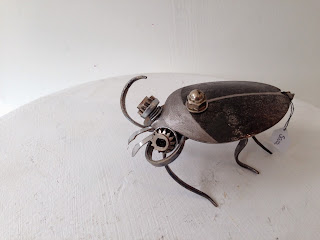 SARA : An incredibly strong beetle, who's been known to balance upwards of 10 pounds on her back. She has the ability to burrow deep tunnels into hard plastics and metals, including iphones, and her favourite, a cool can of kidney beans. 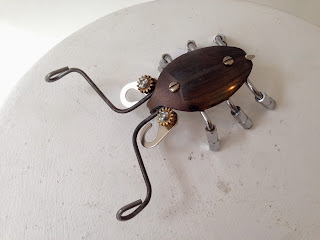 WALTER: A very speedy crawler, and therefore the most difficult to spot out of all the spoon beetles. Likes to capture and tickle other insects, which is generally seen as annoying. Walter has yet to have been captured and tickled himself, because of his agility and speedy legs. All the other spoon beetles would like Walter to stop already.


If you'd like to get an up close view of these newly discovered creatures, we invite you to inspect them here at Argyle Fine Art. Magnifying glasses are not necessary, as these particular specimen are friendly(ish) in nature, and can tolerate being held and closely investigated. 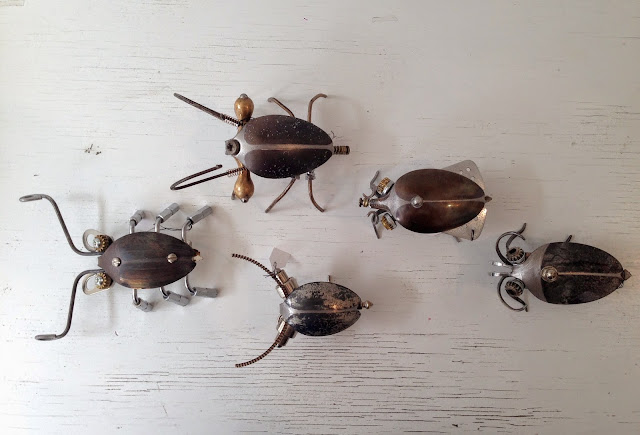